Target/TJX: retail’s inventory problem is an opportunity for off-price stores 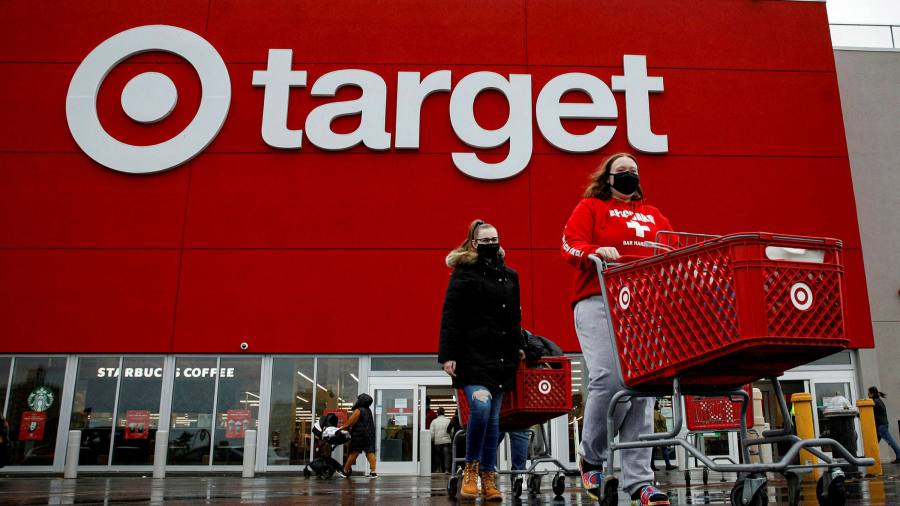 Good inventory management is the same as brushing your teeth. It is boring, but if you do not do it properly the consequences are dire.

For US retailers such as Target, excess inventories have become a multibillion dollar headache. They scrambled to keep shelves stocked during the pandemic. Some even chartered their own cargo ships to bypass supply chain bottlenecks. They now find themselves stuck with a glut of goods they cannot sell.

Target, until recently considered one of the best-run retailers in America, slashed its outlook on margin on Tuesday. Galloping energy and food price inflation is prompting consumers to divert spending to essentials such as groceries. They are buying less clothing and home furnishings. To clear the surplus stock, Target said it would need to ratchet up markdowns. Spending on additional storage will also drive up costs.

Target now expects second-quarter operating margin to come in at about 2 per cent — compared with the 5.3 per cent it forecast just three weeks ago. The one-third drop in Target’s share price this year reflects justifiable disappointment at the reversal.

Problems for some retailers create opportunities for others. Dollar stores should benefit as cash-strapped shoppers trade down. Off-price retailers that buy excess inventory from top brands and resell them are also well placed.

The largest — TJX — owns TJ Maxx, Marshalls, and HomeGoods. It boasts a market value of $71bn, making it the sixth-biggest bricks-and-mortar retailer in the US by that metric. It has not been immune from higher labour and transport costs. But paying pennies on the dollar for goods cushions margins nicely. This is reflected in the 10 per cent rise in net profit in its most recent quarter.

At 19 times forward earnings, TJX shares are no bargain. Target trades on a multiple of 13 times. This may make it a better longer-term bet. Inventory distortion will not last for ever. Clearing out excess stock now should put it on a better footing to grab market share during the all-important holiday shopping season later this year.