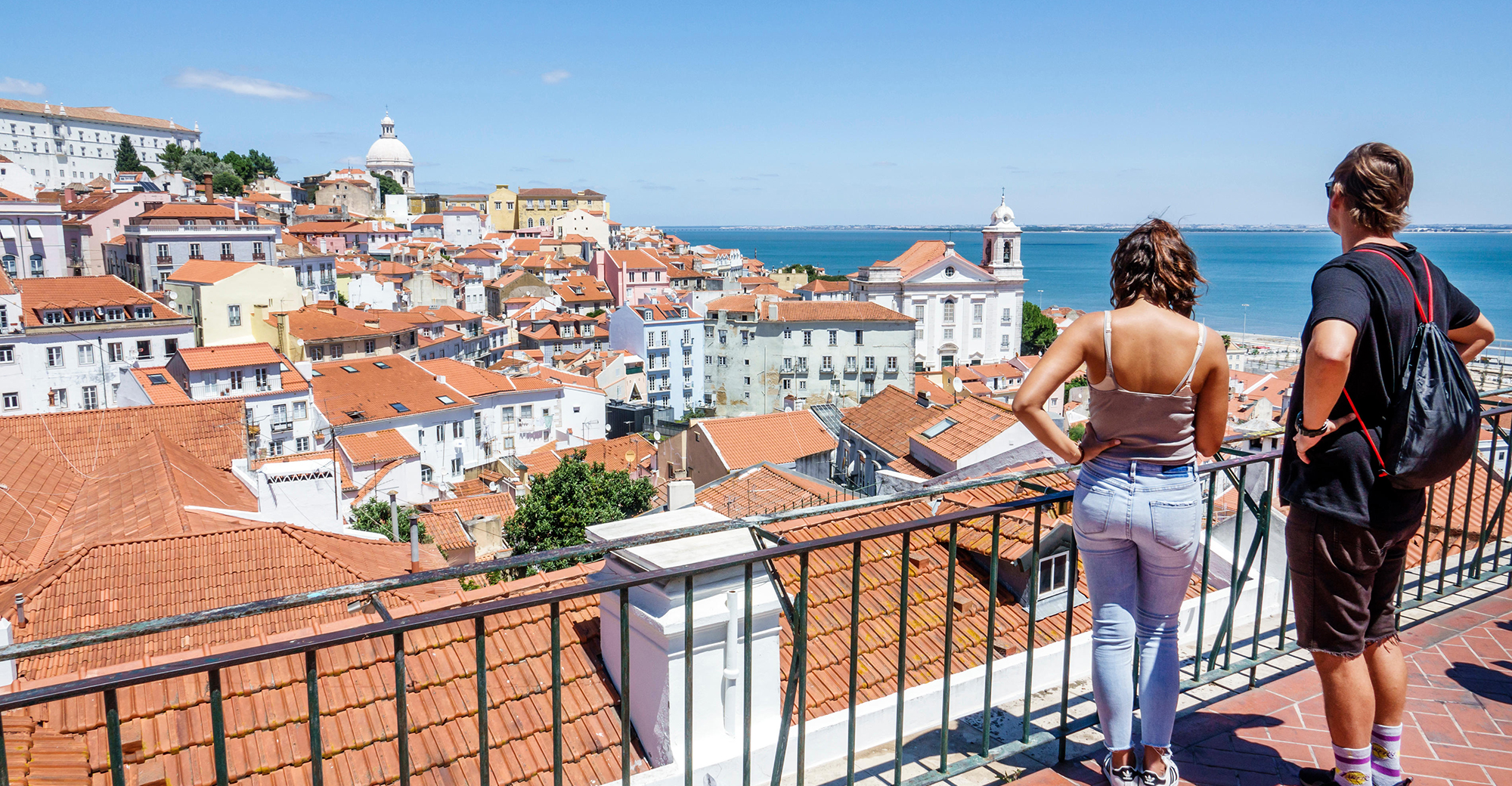 (Bloomberg) — US nationals, weary of polarized politics and the soaring cost of living, are taking up residency overseas — a role reversal for what’s long been considered one of the most powerful passports in the world.

Amy Leavitt, 66, and her husband, Ralph, 73, were dismayed by the bitter divisions laid bare by the pandemic, so they swapped their woodsy Vermont farm for 27 acres on Portugal’s southwest coast. It was difficult to pass up the opportunity for a seaside spread where Ralph — an organic farmer — can grow flowers and vegetables year-round. It didn’t hurt that the property taxes are one-tenth what they pay in Vermont.

The Leavitts plan to apply for Portuguese citizenship after five years, as the country’s Golden Visa program allows, and they’re working on getting visas for their sons, too.

“It’s just no comparison,”  said Amy, a writer and voice coach. “The cost of living in Portugal is a lot less than in the United States.”

Citizenship-by-investment programs are a roundabout way of effectively buying a passport or visa, with government bodies granting residency, and in some cases, citizenship, in return for a specified minimum investment. Through Portugal’s program, for instance, participants can obtain a visa by investing at least 350,000 euros ($365,225) in real estate outside the main urban or tourist areas or 500,000 euros in an approved Portuguese venture fund.

Historically, these programs have been popular with wealthy individuals, from places like South Africa or Russia, who are seeking fewer visa restrictions when traveling or an escape hatch, typically to Europe, if things at home turn tumultuous. Americans haven’t been as interested, partly because the US taxes all its citizens regardless of where they live.

But soaring expenses, a rancorous partisan atmosphere and a strong US dollar have more Americans either making the move or getting a second visa just to have the option. A poll released this week by the Wall Street Journal and research center NORC found that almost half of respondents didn’t feel they had a good chance of improving their standard of living, while 86% agreed that Americans are greatly divided on values.

Andrew Henderson, founder of the visa consultancy firm Nomad Capitalist, said he has more than three times as many clients as he did in 2019, with some expressing frustration with vaccine mandates and many more viewing the highest inflation in decades as “the nail in the coffin.” Others, like computer programmer Eric Nelson, say last year’s storming of the Capitol was the final straw. He left his home in Boulder, Colorado, and now divides his time between six countries.

Of course, these programs are available only to those with the financial means to leave their current residences, without family or work obligations tying them down. You have to be able to afford both the initial investment and the cost of frequent travel. The interest is strongest among remote workers, the crypto wealthy and retirees, some of whom quit working sooner than anticipated in the upheaval of the past couple years.

The pandemic also illuminated the benefits of a second passport as nations shuttered borders to contain the virus, according to Murat Coskun, founder of immigration consultancy, Get Golden Visa. Since the pandemic started, he has seen a sixfold increase in clients for Portugal’s Golden Visa, and Americans now comprise a quarter of them, up from 5%  two years ago. The US citizens he works with are most frequently relocating to Portugal, Spain and Greece because of the mild climate and travel opportunities within Europe.

No organization formally tracks visa purchases on a global scale, but companies that specialize in advising clients looking to relocate report that business is booming. Henley & Partners, a London-based consultancy said inbound inquiries globally jumped 89% last year, even after a big spike in 2020 that was driven by Americans. Apex Capital Partners said it has seen a 200% rise in applications from US citizens since early 2020,  according to vice president Armand Tannous. Canada saw the next biggest surge, at 47%.

The practice of selling visas has come under scrutiny. Cyprus suspended its citizenship-by-investment program in 2020 after the a top-ranking politician was caught offering to help a Chinese businessmen with a criminal record get a Cypriot passport. The European Commission has repeatedly warned Malta and Bulgaria to end their so-called golden passport schemes, which like Portugal’s, give applicants a back-door option to EU citizenship.  The programs’ popularity with rich Russians has heightened criticism amid the war.

Still, some countries are exploring adopting the programs to rebuild government coffers ravaged by Covid and inflation, and to court the growing hordes of crypto rich. Katie Ananina, founder of Plan B Passports, said she’s helped about 400 people move to El Salvador in the past year, all of them anticipating the country’s announced — but not yet implemented — residence-by-investment program.

“They’re trying to compete for the right audience,” she said.

–With assistance from Slav Okov.