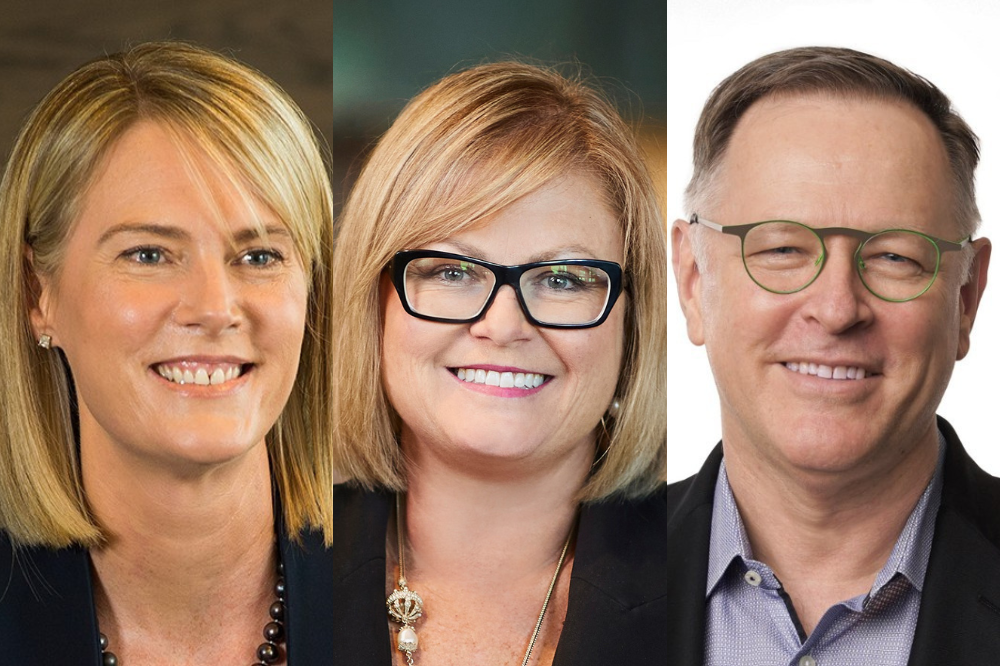 All of the big four banks have now lifted their variable interest rates on home loans following the RBA’s decision to lift the official cash rate on June 07.

On Wednesday, ANZ and NAB joined Westpac and CBA in reflecting the RBA’s 50-basis increase to the official cash rate.

In making its decision on Wednesday, ANZ group executive Australian retail Maile Carnegie (pictured above left) said it considered various factors including the change in the OCR and the impact on customers, business performance and competition.

“We know rate changes affect customers differently and some may be looking for support as they reorganise their household budgets, particularly if they haven’t experienced many rate increases before,” Carnegie said.

“ANZ is here to help and for customers seeking more information about how to manage their finances. We have a number of ways to support them including a free home loan check-in that can help them reorganise their loan so it continues to meet their needs.”

Carnegie said many of ANZ’s customers remained in a good financial condition to manage rate rises, with about 70% ahead on their repayments.

“A large number of them have built up buffers after not changing their repayments when rates reduced over several years,” she said.

“The 0.5% per annum change will increase mortgage holder’s monthly repayments by $115 on an average home loan of $450,000 for an owner-occupier paying principal and interest.”

NAB’s standard variable home loan interest rates will increase by 0.5% per annum and customers can access a 12-month term deposit special for their savings.

“We have 930,000 home loan customers and we are here to support them as interest rates rise,” Slade said.

“The cost-of-living is also increasing and our message to any of our customers who may be concerned is that we are here to help.”

Read more: How are Australians reacting to second rate rise?

Slade said NAB had many savings and deposits customers and acknowledged that historic low interest rates had been difficult for them.

“We are pleased to offer a special 12-month term deposit interest rate of 2.25% to support these customers with their savings.

“There was a spike in the number of customers making lending support contact on the day after the May rate increase and many customers have been accessing online tools to manage their home loans including through the NAB app. We are here to help any customer who needs support.”

Westpac was the first major bank to increase its variable interest rate for home loans on Tuesday.

“Our customers have managed their finances carefully during the pandemic, with many putting more funds aside in their savings and offset accounts. This means the majority of our customers are ahead on mortgage repayments and have a buffer available to help them manage an interest rate increase.”

The top places to invest in Queensland